If Donald Trump has ever had a worse week than this week, I cannot imagine what would make it worse. The week started off with the New York Time releasing Trump’s mysterious tax returns that could not be released because they were being “audited” by the IRS.

The detail of the tax returns that stuck with everyone is that Trump paid $750 in federal taxes in 2016. My family and I are doing well and we still don’t make as much income as the president did in 2016. However we paid almost ten times as much in taxes.

There are those who say that the tax law is the true problem. The problem by applying that to the president is that he got himself over-leveraged by applying for loans and telling banks he had several high-value assets as collateral. Then he filed tax returns that he claimed losses of more than $150 million. One of those statements cannot be true and makes the president guilty of committing a crime.

After one of the jurors of the grand jury in the Breonna Taylor complained about the proceedings resulting in no charges against the police officers who shot Ms Taylor, Daniel Cameron, the attorney general of Kentucky, said he would release the recordings from the grand jury.

One of the jurors disclosed Cameron never put the question of wrongful death charge to the jurors. Wasn’t that the most important question to take to the grand jury.

President Trump’s worst week continued when he came out too strong at the debate on Tuesday. It was hard to call Tuesday’s event a debate. There was no debating. If there were two black candidates, I would have called it the dozens. I couldn’t understand Biden’s policies because Trump was constantly interrupting him. I couldn’t understand Trump’s policies because he spent the whole event insulting Joe Biden.

It looks like Trumps wear a mask “when appropriate” came back to bite him. It bit his wife in the butt. There are also nine other people who have tested positive connected to the president’s diagnosis.

Things have come full circle for the president who called the virus a hoax and then said it would miraculously disappear.

The MLB Playoffs have moved to the Divisional Series round. This round is feeling very personal. Everyone seems to be playing their division rival. For the Astros, the remainder of the playoffs will be personal if they play the Yankees and the Dodgers.

On the somewhat weird front, I read an article ranking strange Oreo flavors. I think watermelon made me puke in my mouth just thinking about it.

The Lakers are on in front of the Miami Heat in the NBA Finals. Miami lost two of its best players to injury in Game 1. This should allow the Lakers to march to an 18th NBA championship. The question is whether they are tough enough to put Miami away. Jimmy Butler will make sure they do not go quietly.

9. THE BEST THING I READ THIS WEEK

This week, the best thing I read was an article about how social bots and humans spread fake news like wild fire. This is because of the novelty hypothesis.

10. ALL POWER TO THE PEOPLE

A piece of art I can get behind.

The most insane thing to pop up this week was the state of Kentucky’s refusal to charge any of the officers who shot Breonna Taylor with murder. Ms. Taylor was shot ten times and there was no charge. The only charge was a wanton recklessness for the three bullets that went through her walls into her white neighbors apartment.

With no charge for the death of Ms. Taylor, the wanton recklessness charge feels like a slap in the face. As Derrick Johson of the NAACP said “the justice system has failed us”. He forgot to put “again” at the end of that sentence.

The Republican superstar and attorney general of Kentucky made sure to claim he could not find facts for murder. The Mitch McConnell protege made sure to say that mob justice was not justice. What Mr Cameron fails to recognize is the same “mob justice” was used to break the back of Jim Crow in the 1950’s and 60’s.

The Las Vegas Raiders opened their new stadium with a very impressive win over the New Orleans Saints on Monday Night Football. It was a signature win of the second Jon Gruden Era.

Michael Jordan (The GOAT) has started a NASCAR team with Bubba Wallace as the driver. This is a big move for Jordan and it feels like he is kicking the hornet’s nest. I hope he is a better NASCAR team owner than he is a NBA team owner.

Disney announced they were going to back up the release date of the Black Widow movie to some time next year. This is disappointing because it delays the next chapter in the MCU. Disney is delaying it because they want the money that comes from showing it in movie theaters. With all that is going on, why not give it Premiere Access like Mulan? I wouldn’t pay $30 for Mulan but I would for Black Widow.I believe Star Wars and Marvel are cultural property. Disney should not be able to exploit them for profits. Just my feeling.

6. THE ROSA PARKS OF THE PANDEMIC

I read an article in the New Yorker about the Michigan Militia and a barber who refused to close his business during the government imposed shutdown. His supporters claim he is the Rosa Parks of the pandemic. He compared the government control to the Third Reich and he was not going to be a Jew who naively walked into a freight train and to certain death.

I am not sure how refusing to shutter your business to prevent the spread of deadly virus is the same as refusing to move to the back of the bus to protest a system that made black people second class citizens. I am also not sure how it compares to the extermination of a race of people.

I also read an article about Trump’s war against critical race theory. The biggest tenant of critical race theory is that America must reckon with how its values and institutions feed into racism. First Trump issued an executive order banning federal contractors from conducting racial sensitivity training, emphasizing his desire to stop “efforts to indoctrinate government employees with divisive and harmful sex- and race-based ideologies”.

He also believes it is attacking our “patriotic education.” I guess the truth is a dangerous thing.

The Kanye West for President campaign made stops in Jamaica and Haiti last week. In Hait, he said he came to “complete the revolution and rebuild Haiti”. As someone who has spent some time in Haiti, I am grateful someone is giving it some attention. I love the island of Haiti and it breaks my heart all at the same time.

The University of Miami is back in the AP Top 10 (for what it is worth) after spanking the Florida State Seminoles 52-10. There have been many false sightings of the return of “The U”. I have been a sucker for some of them and skeptical of others. This time may be legit. They have a real quarterback and the defense was dynamite.

10. LAKERS ARE BACK IN THE FINALS

The Lakers have returned to the Finals for the first time since the Kobe Bryant Era. This would be a great year to win to honor Kobe. They will face the Miami Heat who are more formidable than anyone believed pre-bubble. The Heat actually scare me because of people like Tyler Herro and Goran Dragic will be the X-factors in this series.

What a week! Putting this piece together took a lot more decision making than I normally make. There are so many diverse things to talk about as well.

I could only stomach so much of the Republican National Convention this week. I did suffer through the last half of Tim Scott’s speech. I even heard Herschel Walker spoke at the RNC. The true spectacle was Wednesday night where President Trump turned the convention into a true reality television show. First Trump pardoned Jon Ponder (well deserved). Then he oversaw a naturalization ceremony for five people. I was waiting for him to push the button to launch a missile into Iran or China.

Much like George Floyd and Rayshard Brooks before him, Jacob Blake is a name I should not know that I know. Jacob was breaking up a fight between two women when the police arrived. They tased him and Jacob Blake was shot in the back seven times at close range. No matter what he was doing, he didn’t deserve that. The video is horrifying. 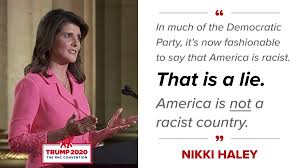 Two night after Jacob Blake was shot, Nikki Haley spoke at the Republican National Convention and said America is not a racist nation.

Wednesday was Boycott Wednesday. It started with the Milwaukee Bucks boycotting their game which led to three days of no NBA basketball and questions of whether the playoffs were going to continue. It’s rare that I feel as proud of the NBA players as I do now. Their boycott has led to the teams turning their arenas into voting centers with more to follow. A basketball returned on Friday, the boycott was not over; it was paused to see if NBA owners were going to keep their word and move forward with initiatives for change.

Boycott Wednesday reminded me of the Montgomery Bus Boycott led by Dr. Martin Luther King. You mess with peoples’ money and they become more open-minded to change.

On Boycott Wednesday, only three games were postponed due to boycott. I am proud of my Dodgers being one of those games (Thank you Mookie Betts). It would be super ironic the franchise that opened the door to Jackie Robinson would ignore people of color at this time.

The fact that only a fraction of the games on the schedule for Wednesday were postponed says a lot about the game itself. There are very few African American players in the game and there are fewer who stand up at times like these.

They should take a note from Naomi Osaka, who withdrew from a tournament she was favored to win to protest the Jacob Blake shooting.

Rittenhouse is another name I should not know…but I do. He showed up at a protest in Kenosha with a Smith and Wesson AR-15 style rifle to protect a friend’s shop. After he allegedly shot two people to death because he felt his life was threatened and wounded another, a photo showed how Kenosha police ignored him as he walked down a street with his hands up. He was charged with first-degree murder. 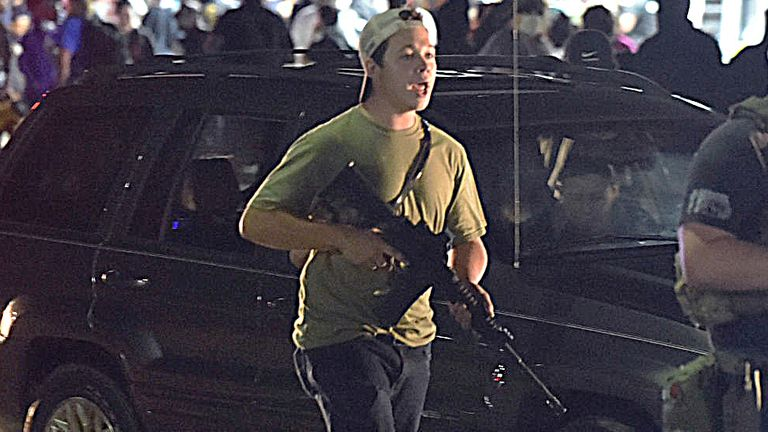 In the midst of all this drama, Louisiana has been battered by Hurricane Laura. It is

sad that with everything going on this #7 on my 10 thoughts this week. 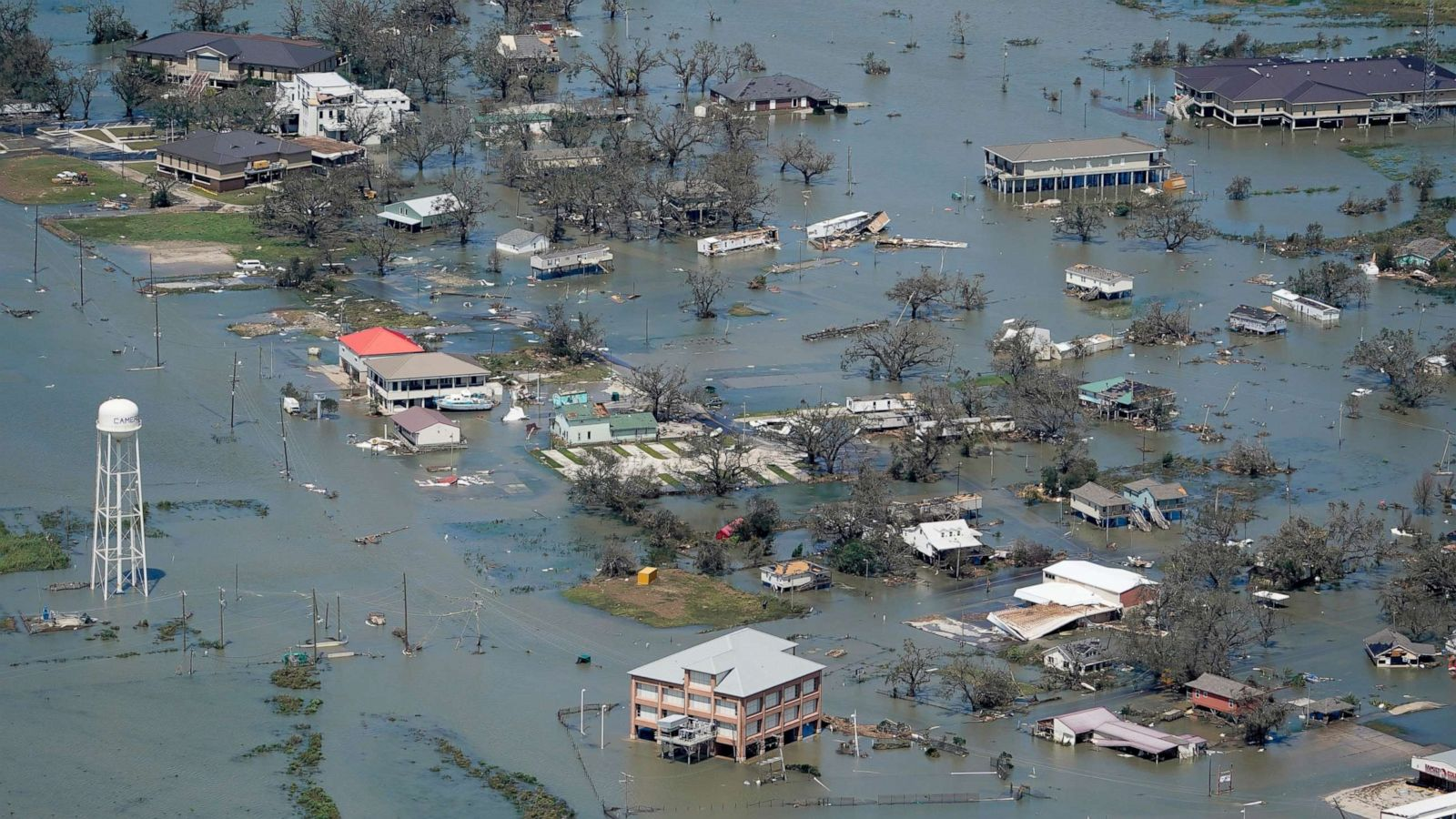 My son started 2nd grade this week and school was online. He worked in my office with me while I was working. It was super EXHAUSTING. I am trying to be patient because I know there is no proven playbook for online learning. We were all volunteered and our kids are guinea pigs to figure it out or all the kids get the vaccine; whichever happens first.

Last week, I mentioned FC Barcelona’s loss in the Champions League and the leadership’s contemplation of making Leonel Messi available for transfer. Messi got his feelings hurt and now there are rumors of Messi moving on to Manchester City or Juventus with Cristian Ronaldo.